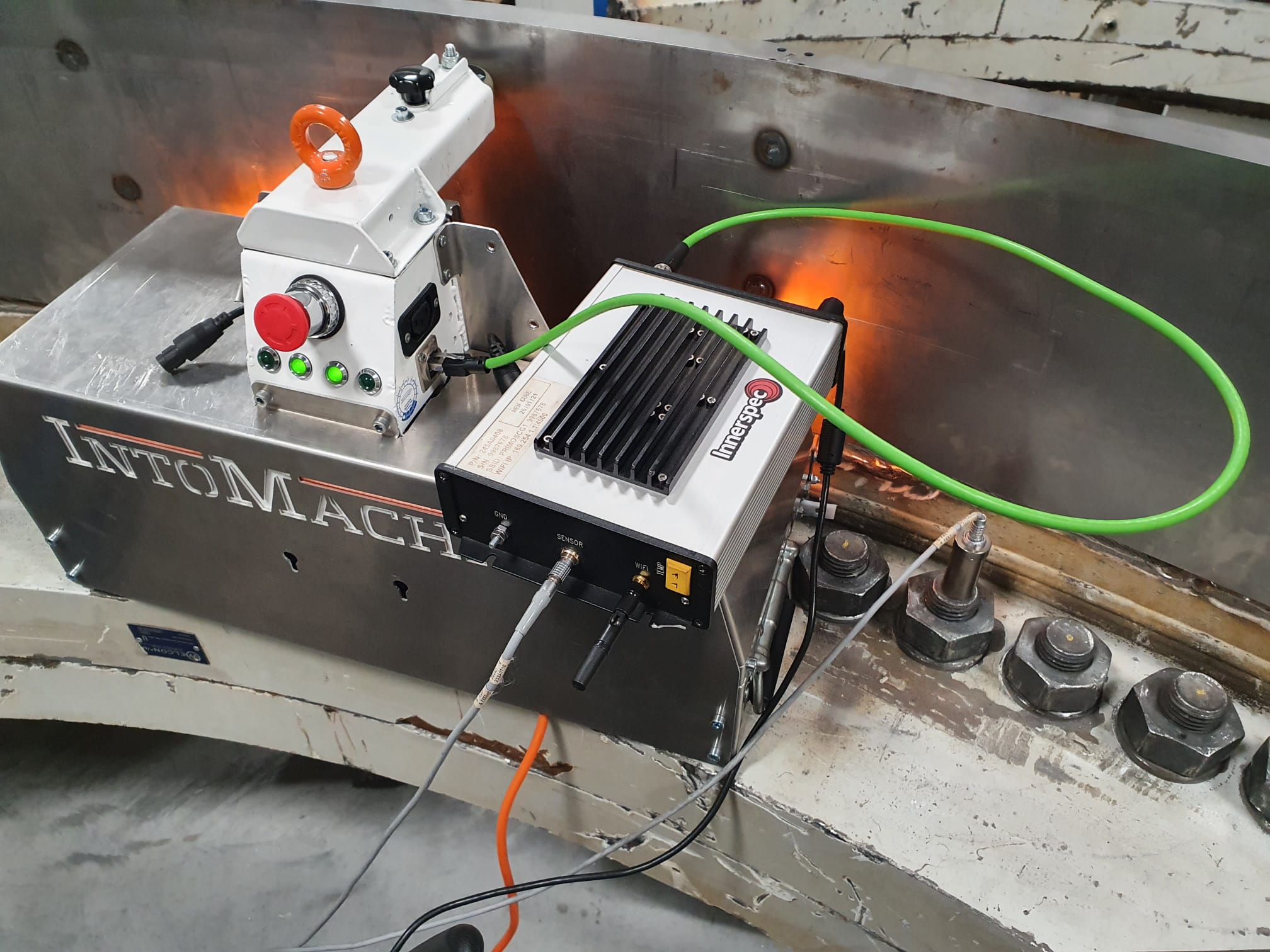 Maintenance companies in the wind energy sector check 10% of the bolted connections within a wind turbine every two years on loosening and the required pre-tension within each bolt, to prevent bolt fatigue damage. This is executed with manually operated heavy and cumbersome torque tools of up to 40kg, which is time consuming. A torque tool measures the torque on the nut. Due to unpredictable friction between bolt and nut thread, due to a damaged thread, varying lubrication thickness, corrosion, etc., the resulting pre-tension differs considerably while one measures a constant torque. This results in high pre-tension fluctuation throughout all bolts, with at best 25% accuracy.

Our solution prevents random bolt re-tightening. A robot with a mass of 10kg called AUTOBOLT is being developed which is placed into a wind turbine by a technician. AUTOBOLT drives autonomously along the bolts and places an ultrasonic measuring sensor on each bolt, using EMAT (Electro Magnetic Acoustic Transducer) technology. This allows it to monitor and inspect the pre-tension in each bolt remotely. The measured data is stored into a report according to each specific bolt, which allows for bolt pre-tension monitoring over time. After all bolts are inspected, the technician transport AUTOBOLT to the next wind turbine, after the process starts over.

AUTOBOLT is a project funded by RIMA. RIMA is funded by the European Union's Horizon 2020 Research and Innovation Programme under the Grant Agreement nº 824990