Corrosion detection becomes especially challenging when a section of the object being inspected is buried, covered, or coated, as the frequent presence of moisture and chemicals in the non-accessible areas can aggravate the degradation process. Due to that reason the investigation of inaccessible areas e.g. lamp posts inspection becomes a matter of vital importance. The loss in metal thickness caused by corrosion can cause sudden failure and significant damage to people and surrounding property. 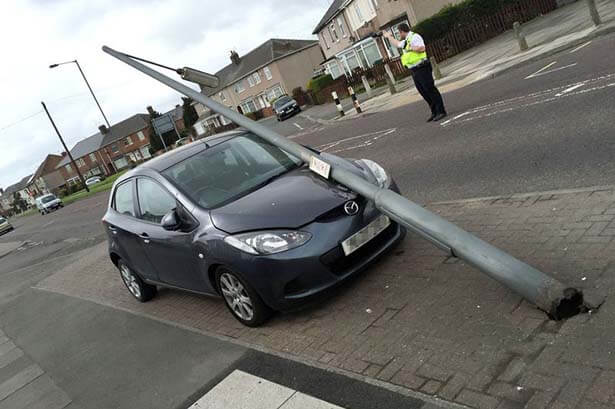 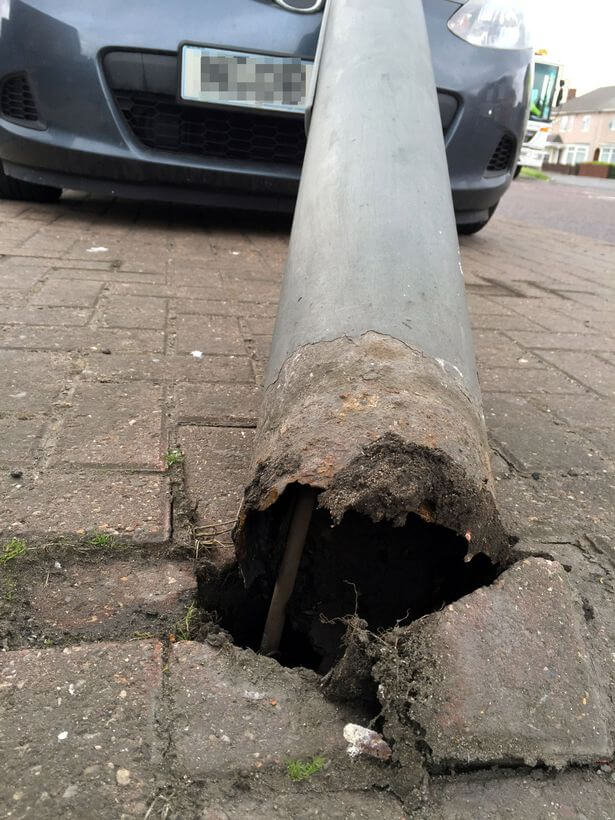 While wall loss thickness measurement is an efficient way of pole corrosion detection on the exposed areas, this is not possible when direct access to the wall of the pole is not an option. Medium-Range EMAT Guided Waves traveling in the axial direction are presented as a solution to detect and localize corrosion in exposed and buried, non-accessible sections of the lamp posts.

Innerspec Technologies has recently developed the MRUT MS Scanner to improve lamp posts inspection in buried areas as well as the inspection of pipes and other structures using Shear Horizontal guided waves generated with a magnetostrictive strip. This novel and patented technique permits inspection of inaccessible areas with an unprecedented degree of sensitivity and resolution.

The MRUT MS (magnetostrictive) Scanner is the most appropriate tool for defect detection under supports, buried structures, and other non-accessible areas such as pole corrosion detection. 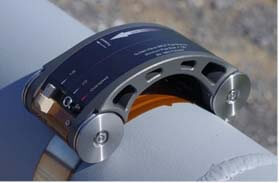 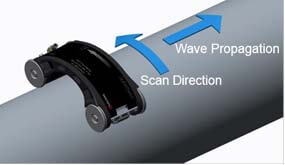 Circumferential scanning sending the waves both sides in the axial direction

The magnetostrictive strip can be adhered permanently if the aim is to monitor the structure regularly, or temporarily for one-time inspections. 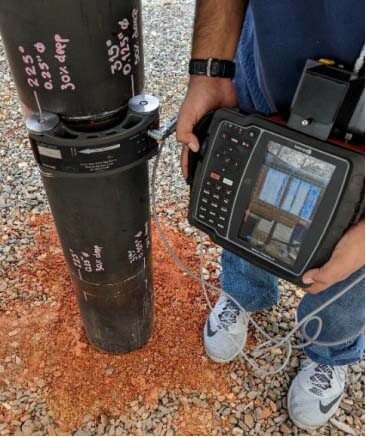 The MRUT MS Scanner has a dead zone of 10-15 cm which permits performing the inspection in very close proximity to the area of interest. Moreover, by inspecting closer to the defects and higher frequencies, the detection and resolution are typically 10 times better than with Long-Range UT techniques.

MRUT MS Scanner works with sections buried in soil and concrete giving similar detection results with the post exposed to the air. Following images show the inspection results of the defects in different sizes on the same post in 3 different scenarios. 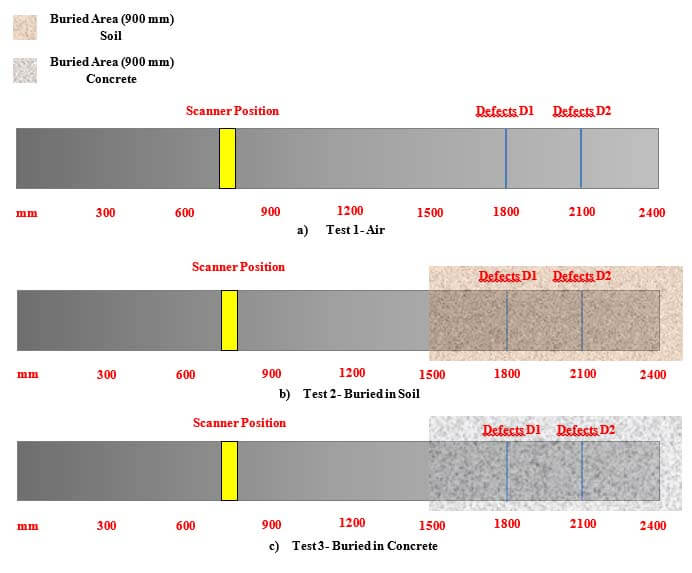 The data was collected with Innerspec PowerBox H along with the MRUT MS Scanner. 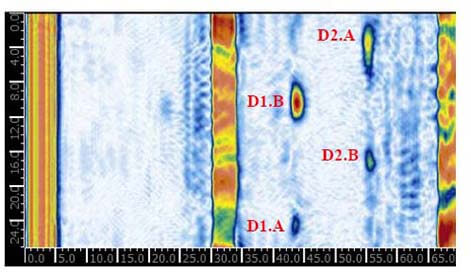 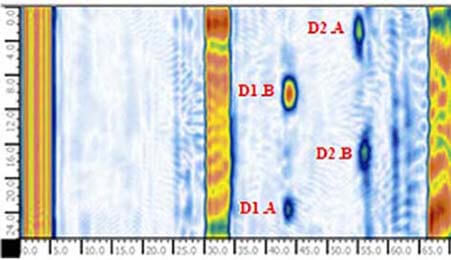 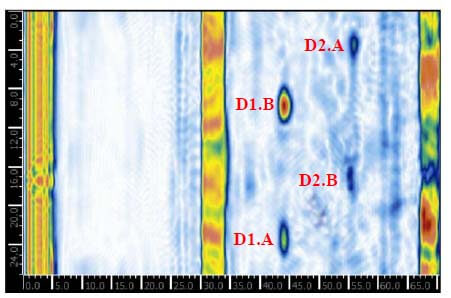 The patented MRUT MS Scanner is the newest addition to Innerspec’s MRUT toolkit, which offers the most complete selection of sensors and accessories for Medium-Range Guided Waves inspection in the market.

Learn more about Innerspec’s applications for inspection of inaccessible areas from side.